Normally SNPs are very old, but some are indeed possible to use for the last few generations. This is what I did to find out the latest details of my branch.

But Yfull also showed three remaining Novel SNPs of best or acceptable quality, personal SNPs that had occured on my line in the last few hundred years. Some time after the Most Recent Common Ancestor for me and my 6th cousin, Christoffer Norstedt b. 1672. I was curious to find out when. 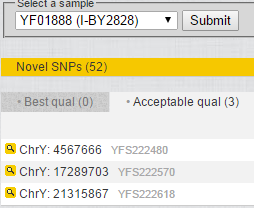 JN01 wasn’t possible to test but JN02 and JN03 were made available for order at Yseq.

I swabbed my dad’s 1st cousin, sent the sample to Yseq, and now the result has come. The cousin is JN03+, but JN02-. I.e. JN03 occured before our common ancestor and JN02 after. 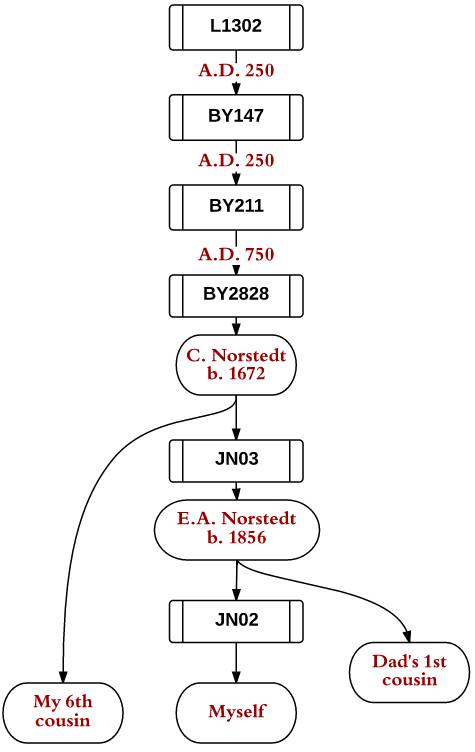